Matt Phillips has enjoyed serving in the Semiconductor industry for over 14 years, 10 of those years in marketing and sales with SUSS MicroTec, from 1995-2005. In 2009 SET North America was formed; focusing on Sales, Marketing, applications and servicing of SET Corporation Die bonding equipment. SET-NA has enjoyed very good success representing the SET equipment line, has established the SET name in North America and has built strategic partnerships with in our market space. The SET-NA team has over 115 years of combined experience in the defense Aerospace industry. Our “technical knowhow” and more specifically our bonding process knowledge is foundational to establishing DAAHTA. DAAHTA has been formed to meet the high demands needed for the hybridization of IR/FPA sensors. 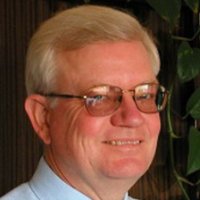 Over the last 26 years, Eric has been instrumental in the advancement of hybrid bonding technology utilizing ultra-high density indium bump interconnects in IRFPAs and MEMS devices, and holds numerous patents in this field. In addition to his work in bonding, Eric has developed numerous ancillary processes in the areas of liftoff lithography, Indium deposition, and pre-bond surface preparation of metallic contacts.

Eric holds BS and MS degrees from Michigan Technological University and the University of Texas at Dallas. He resides in Santa Barbara, California.